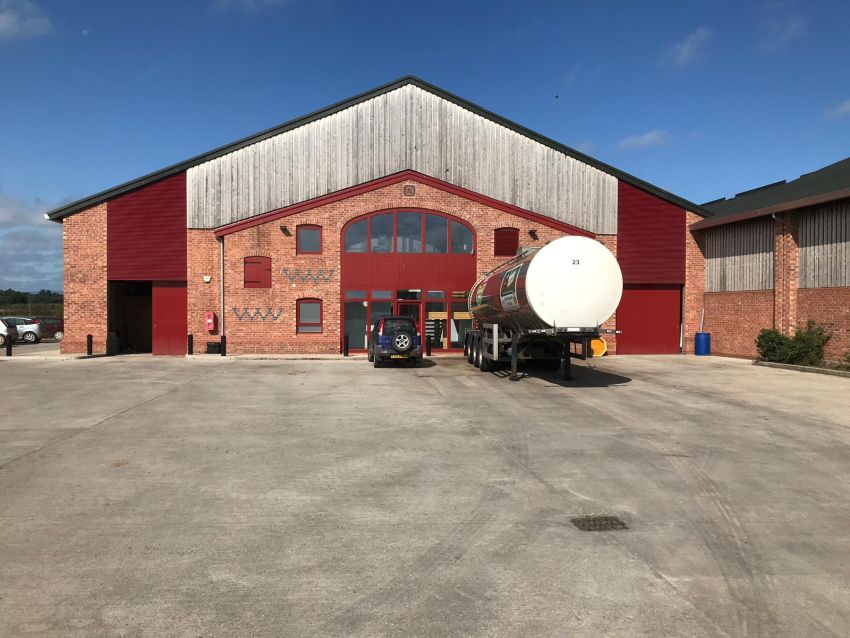 This Morning the group finally woke up to some glorious sunshine and headed to Grosvenor Farms Ltd where we had unknowingly to us saved the best tour till last.

On arrival to this impeccably presented Farm we met with Charles Steer the Arable Manager who gave us an overview of the farms Large scale Dairy and Tillage enterprises. In total the farm extends to around 5800 acres and now milks 2480 Holstein cows 3 times daily through a 60point rotary parlour. We were in time to witness this in operation and saw a team of 5 milk 340cows/hr with ease producing a total of just over 80000 ltrs of milk a day.

This sort of efficiently only became possible when the farm moved all the cows to one farm back in 2014 completing a £5million investment secured through the many board of directors from the Wheatsheaf Group who invest in Agri Businesses all over the world and have worked closely with the Duke of Westminster for years who owns the Eaton estate that Grosvenor Farms are tenants of.

The farm milk is lifted by Muller with a proportion sold to Tesco and the majority sold on a standard non- aligned price of about 26.8ppl. The Dairy is completely self sufficient on energy consumption with a 300kw solar panel system installed on the roof of the sheds, a huge focus is put on being sustainable at Grosvenor where they separate the sand from their bedded cubicals then again separate the liquid slurry, using solids as manure and liquid can then be hauled or pumped to various lagoons around the estate ready to be spread as fertiliser on any of the crops they grow which includes Barley, Wheat, OSR, Grass and Maize, this recycling operation as enabled them to reduce purchased artificial fertilisers by 40% and haven’t purchased any P&K for 6 years.

The attention to detail and high standard of work was plain to see from the start to finish of our tour it got continually impressive as we were moved to each of the 3 sites visited. The calf and young stock facility was an example of the highest possible care available to the dairy industry as we know it. Weather stations operated curtain sided sheds where calves was reared in groups of 20 on automatic feeding for 8 weeks before being moved in groups to various other sheds along the rearing process where rations were altered accordingly to the differing stages of growth.

Next stop was the maternity and cow unit which was particularly impressive to see the strict protocols in place as they have to manage around 60 calvings a month, soon as calf’s are born they are weighted, navel iodine dipped, 30ltrs of reviva given to the cow and colostrum administered, which is usually 4ltrs. All bulls are sold at about 14 days old to market but this is a rare occasion now as the farm uses sexed semen across the herd and only stop after a 2nd or 3rd service before using conventional semen and any johnes cows are Angus bred.

The theme of self sufficiency continued when Charles showed us his arable operations as he manages all the forage clamps and grain stores. The farm grows all its own feed for the cows and still manages to sell around 2000 tons of wheat a year and about a 1000tons of OSR. Chester gets about 27 inches of rain a year and the farm is predominately Clay Loam and has some sandy ground which is usually reserved for the maize. No written report will do this farming enterprise justice i would personally recommend visiting and seeing for yourself the fantastic work being carried out by the team at Grosvenor Farms. 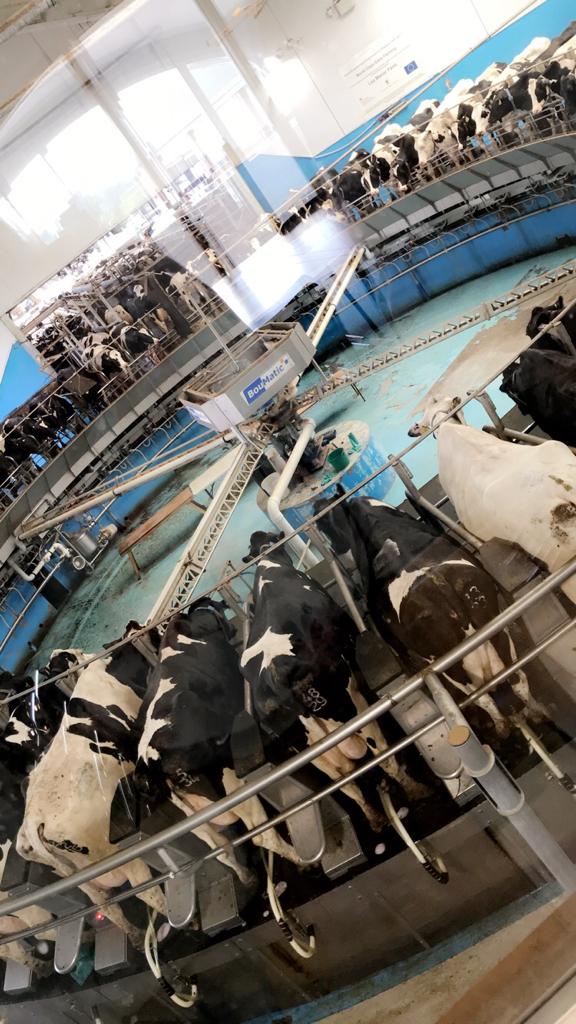