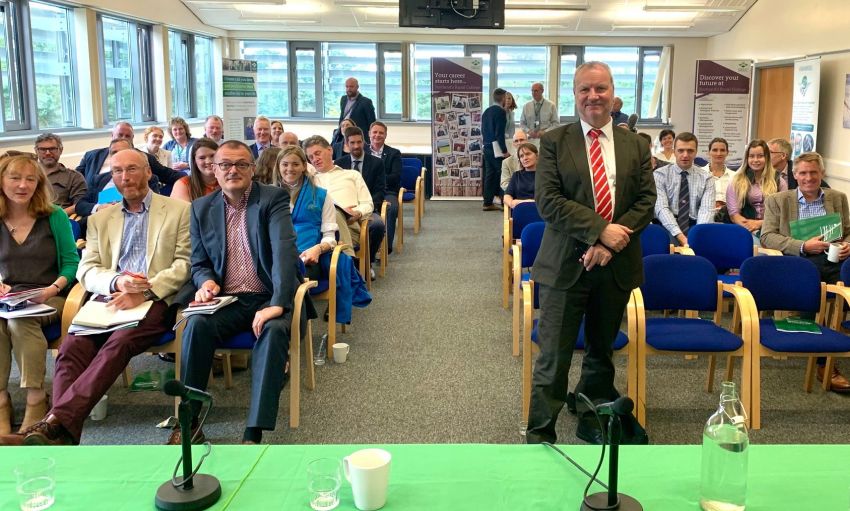 UK PARLIAMENT TAKE TO SRUC OATRIDGE TO LAUNCH THEIR REPORT; ‘THE FUTURE OF SCOTTISH AGRICULTURE POST-BREXIT’

We were represented at the Scottish Affairs Committee’s report launch at SRUC Oatridge. Following months of hearings and evidence from hundreds of experts – the report entitled ‘The future of Scottish Agriculture post-Brexit’ looked at;

SAYFC’s staff as well as Agri & Rural Affairs Chairman, Andrew McGregor have cast an eye over the repor after hearing from Pete Wishart MP during the committee’s launch speech.
In comment to the report, he notes:

“SAYFC would have liked to see how the Scottish government are going encourage more young people into the agriculture industry within the Scottish Affairs Committee report. This is an urgent issue and one that has been overlooked, especially with the crucial time ahead.

See the Committee’s findings following months of hearings and evidence below: https://publications.parliament.uk/pa/cm201719/cmselect/cmscotaf/1637/1637.pdf