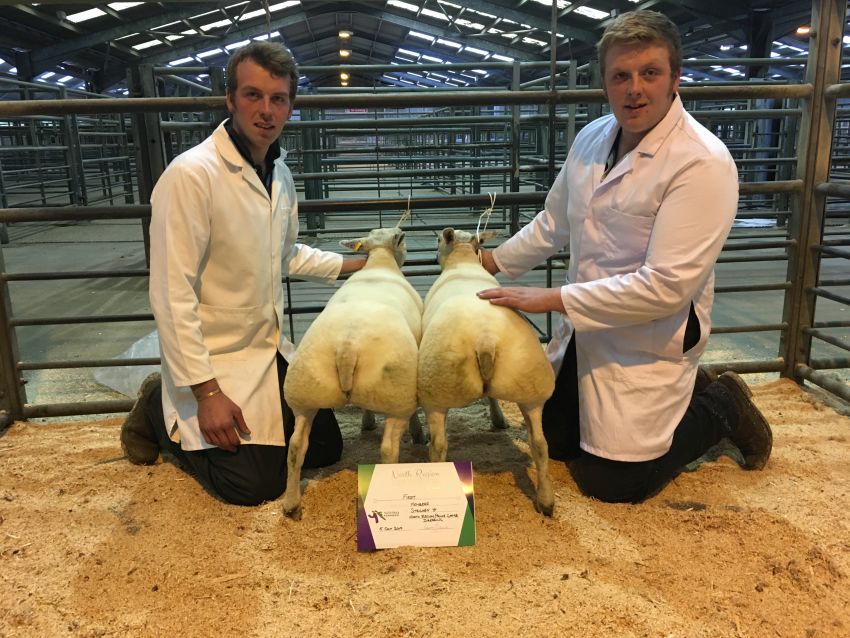 The winning Senior team were from Strichen JAC, William Moir and David Moir with an excellent 97 points out of a possible 100. Second place went to Lower Speyside YFC with Graeme Rhind and Craig Reid scoring 87 points and third place went to Darren Davidson and Richard Davidson of Keith YFC with 84 points. The first Junior placing went to Finn Christie and Cameron Hunter of Garioch YFC with a score of 80 points.  Other competing teams were from Udny, Echt, Vale of Alford and Orkney District.

There were nine teams competing in the Prime lamb dressing competition, which was judged by Mr and Mrs Ross & Kirsten Williams, Huntly with lambs kindly supplied by Mr Angus Greenlaw, Huntly.

The winning team in the Senior section, making it a double win for their day were from Strichen JAC, William Moir and David Moir with 93 out of a possible 100. Second place went to Udny JAC members Amy Jo Reid and Lewis Gallier with 73 points, and third place went to Marcus Scholes and Alistair Johnston in the team from Orkney District with 68 points.  In the junior section, first place went to Garioch YFC members, Finn Christie and Cameron Hunter with 79 points making it their second win of the day also. Second place went to Echt YFC’s team of Faye Wilkie and Lyndsey Brown with 77 points and in third place were the team from Orkney District, Campbell Ridland and Keith Isbister with 67 points. Other competing teams were also from the afore mentioned clubs.

North Chairman Gemma Bruce added “a great day was had by all who attended and it was good to see so many teams from around the region taking part in the competitions on the day”.