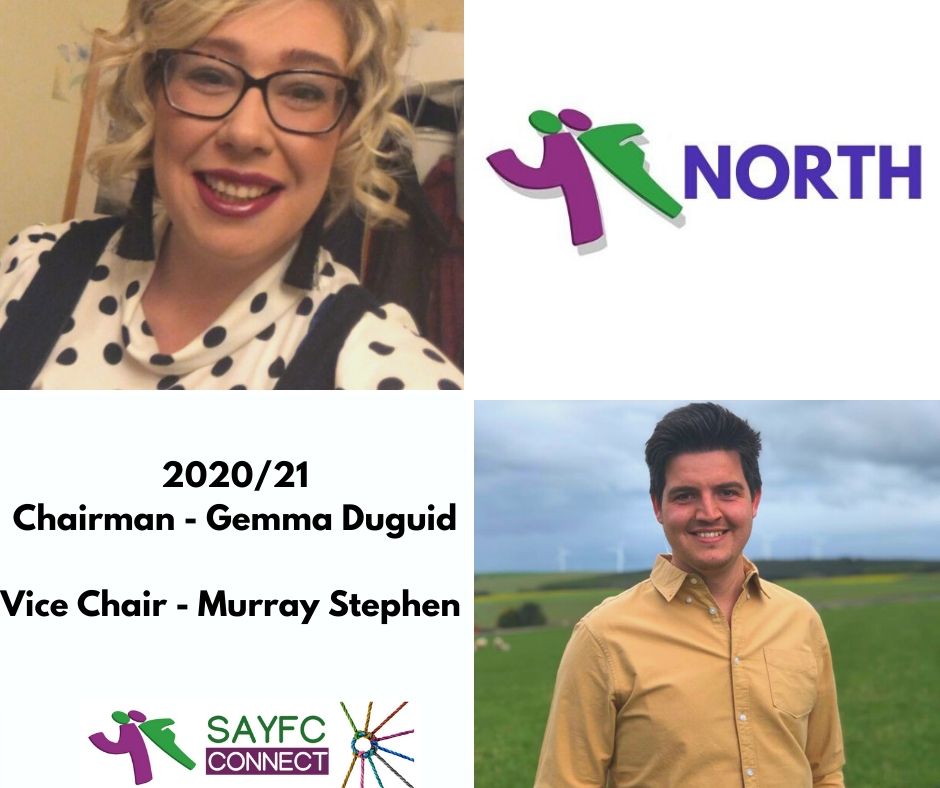 03 May New Top Team in the North Region

Posted at 10:00h in North, Uncategorized by janelle3sayfc
0 Likes 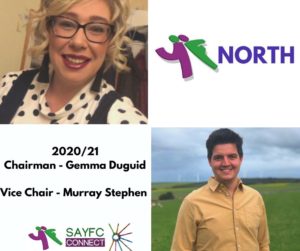 The North Regional Annual General Meeting took place on Thursday 30th April where Gemma Bruce completed her year as North Chairman and handed over the reins of North Chairman to Gemma Duguid (Bower) with Murray Stephen (Turriff & District) being elected new North Vice Chairman. The AGM was held by Zoom Meeting call due to the ongoing restrictions which have seen many changes in the Young Farmers calendar recently. The call allowed representatives from all over the North Region to participate in the meeting with representatives from all districts joining the meeting as well as members from the newly affiliated Shetland club.

New North Chairman Gemma Duguid said ‘Firstly I would like to congratulate Gemma our outgoing Chair, Janelle, Kerry and committee for having a great year. I have big shoes to fill and I would like to wish Gemma all the best in the future. It is a great honour and privilege to be elected North area Chairman I am very humbled. This year is certainly going to different but we are resilient and adaptable. We will embrace this pandemic and will continue to be active and support our members. I look forward to working with you all and congratulations to Murray Stephen who was elected as Vice-Chairman’

Other elected committee members are as follows: