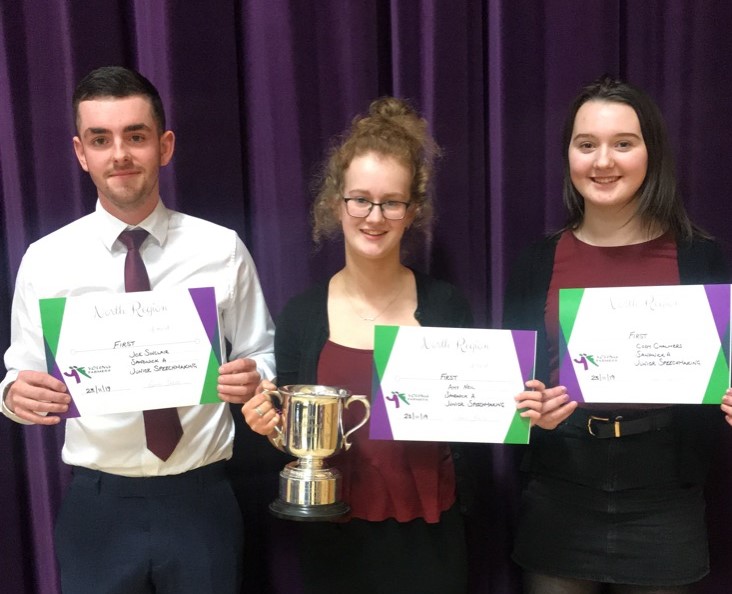 North Region Speechmaking & Junior Quiz – “On Opposite sides of the Road”

The winning team was Sandwick A, with team comprising of Chairman, Amy Neil, Opposer, Cody Chalmers and Proposer Joe Sinclair who discussed the topic ‘On opposite sides of the road’ scoring  78.2 out of a possible 100.

The other teams taking part were Harray Green, Harray Purple, and Sandwick B.  The Judges commented that the standard of competition was exceptionally high and that all competitors deserved to be taking part on the day.

The top three speechmaking teams and top two quiz teams will go forward to the National Finals in Gogarburn, Edinburgh on the 7th December.