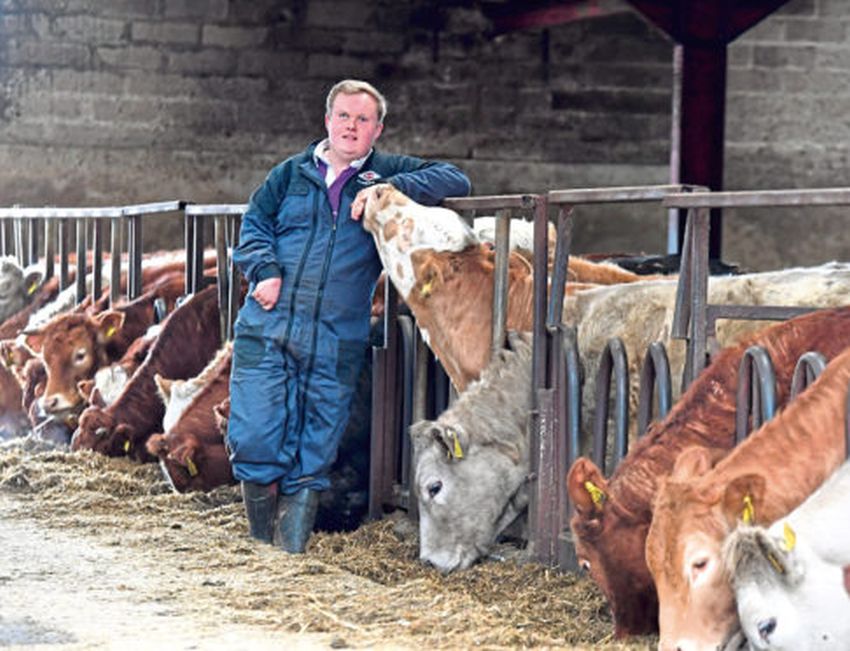 With a busy time of year started for some and just around the corner for others, Scottish crops are looking well and it looks like there will be some fair runs of barley and plenty straw for bedding in the winter, thankfully.

It’s a great relief to see that after last year’s poor harvest in parts of Scotland ,with grain and straw being hard to come by but hopefully things are looking up.

It’s a shame the same can’t be said for the Scottish beef industry. In the few years I have being working in the industry after leaving agricultural college I have never seen the price for fat cattle so low. The industry is at breaking point and something needs to be done fast!

Since Boris has taken up residence at No 10, he has vowed to stand by the British farmer during and after Brexit but in my eyes, actions speak louder than words – recently, there have been an awful lot of words and not much action.

It’s about time the supermarkets got told the score instead of pleasing themselves and the government – with guidance from the NFU and QMS – should be laying down a new set of rules when it comes to meat marketing and labelling in supermarkets.

We have all the proper assurance schemes in place which means that farmers are making sure that things are done right. It’s a set standard which should be made well aware of to the consumer.

If it is foreign meat, it should clearly say so on the front of the packaging – not on the back in a corner, with tiny lettering with more often than not a British sounding farm name on the front that could easily mislead the average customer.

After all, what is the point of us going through all the extra hassle of farm audits etc if our quality produce is going to end up sitting on a shelf next to something from abroad?

Another thing I have a bee in my bonnet about recently is the decision meat processors have taken to reduce the maximum carcase weight of cattle down from 420kg to 400kg before being penalised for being overweight. Surely this is legalised robbery?

Beef is a natural product and just like fruit or veg, unfortunately you can’t tell a beast to grow a certain size or shape so a cut of meat fits neatly in those stupid plastic packets the supermarkets use. I understand the processors have been put under pressure to supply a certain product, but there is no way the excess meat off an animal deemed overweight is going in the skip.

So, if you’re not going to pay us for it, I am sure the majority of us would be more than happy to stick some of the overweight meat in a freezer at home for nothing!